Cleveland FHS was set up in 1980 to provide a service for family historians and we cover the old county of Cleveland and the following areas of County Durham and North Yorkshire: 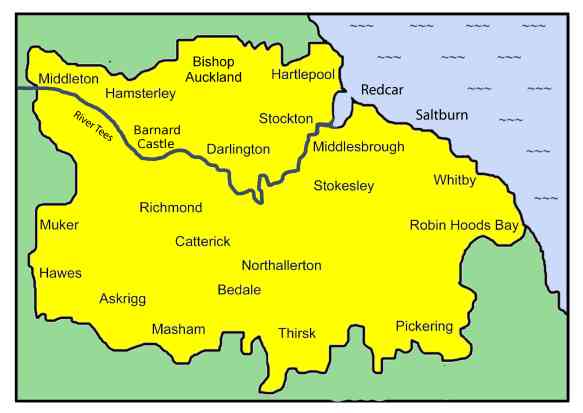 County Durham – all parishes south of a line from Hart on the east coast to Middleton in Teesdale to the west.

North Yorkshire – most of the old North Riding from Whitby to Hawes in the Yorkshire Dales.

The name Cleveland originated from an ancient district which lay entirely to the south of the River Tees and stretched as far south as Whitby on the north-east coast of England. The name ‘Cleveland’ was adopted for a new county which survived for only 22 years from 1974-1996, having been created from its predecessor, Teesside, and taking in Hartlepool.

The total area of genealogical interest, as you can see, is substantially larger than this County of Cleveland from which the Society originally took its name. However, we simply use Cleveland FHS.

Prior to the discovery of ironstone in the 1840s, the population of this area was mainly involved in rural occupations with boat building and fishing on the coast. Over the last 170+ years the area along the banks of the River Tees, which forms the boundary between County Durham and the old North Riding of Yorkshire, has been famous for its abundant agricultural products, the production of iron and steel, shipbuilding and more recently, petro chemical industries. Sadly, many of these no longer exist or are in decline. 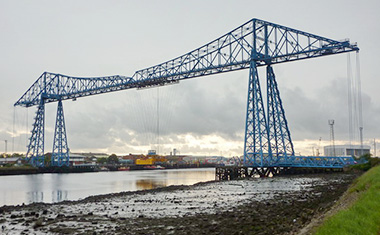 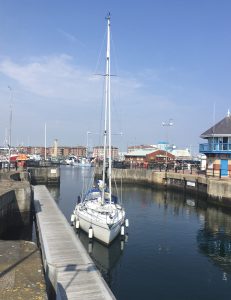 Your visit to our website suggests that you may be researching your family history in the Cleveland FHS area and that you are seeking help in finding further information.

Have you been knocking on the doors of stately homes or hoping to hear of one of your mining great grandfathers, or maybe you have been standing on a hill looking for a farm ?

Whatever lifestyle, occupation, or abode your ancestors had, you may need assistance and advice to help trace them. We are here to give a helping hand.